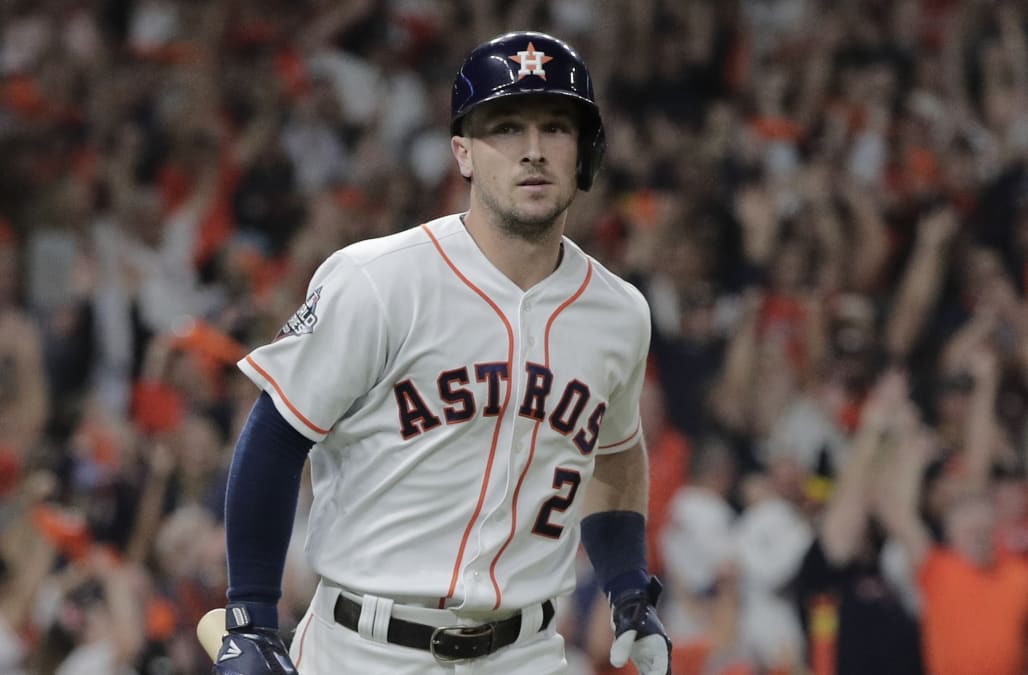 Alex Bregman unleashed his swagger in the last three games of the World Series against the Washington Nationals — and now he’s drawing the ire of two ex-MLB stars.

Bregman homered in the first inning of Game 6 against the Nats to give the Astros a 2-1 lead in this possible World Series-clincher. That’s not the reason he immediately was getting criticized on Twitter, though.

Bregman also carried his bat all the way with him to first base, which the unwritten rules will tell you is a big no-no. Watch:

Here’s a slowed-down version of Bregman trying to hand his bat to Astros first-base coach Don Kelly, which he actually botched:

We’ve seen MLB’s “We Play Loud” commercial about 10,000 times this postseason. Bregman is one of the stars. He’s one of the most interesting young players in the game — the possible AL MVP and always sharp with a clever quip.

As much as MLB is trying to get fans (and even some players) to ditch some of the old-school unwritten rules mentality that would get Bregman thrown at in his next at-bat, it’s obvious some long-time baseball people are clinging to tradition.

In this case, Bregman was called out specifically by two players who have had their own big moments in October — ex-Red Sox and Indians star Mike Napoli and ex-Giants and Nationals slugger Michael Morse.

Morse, it’s worth noting, had his career ended after he sustained a concussion during the Bryce Harper-Hunter Strickland a few years back between the Nats and Giants, who Morse played for at that point. That brawl was because Harper admired an October homer a little too long for Strickland’s liking and Harper paid for it a couple of years later.

Bregman might not get his unwritten-rules punishment for this right away, not in Game 6 of the World Series, but it might come one day.

As for an immediate response, Nats star Juan Soto showed himself to be a master of the retort. He homered fifth inning to give the Nats a 3-2 lead. It was a monster shot. And he carried his bat to first base with him — just like Bregman.

Most actively traded companies on the TSX

WHO warns of “second peak” in areas where COVID-19 declining

Under fire over lockdown trip, close aide to UK's Johnson toughs it out

This grad student turned medical worker has finally landed a job in his 30s, making $125,000. After renting a bedroom in Chinatown, he hopes to own his first home