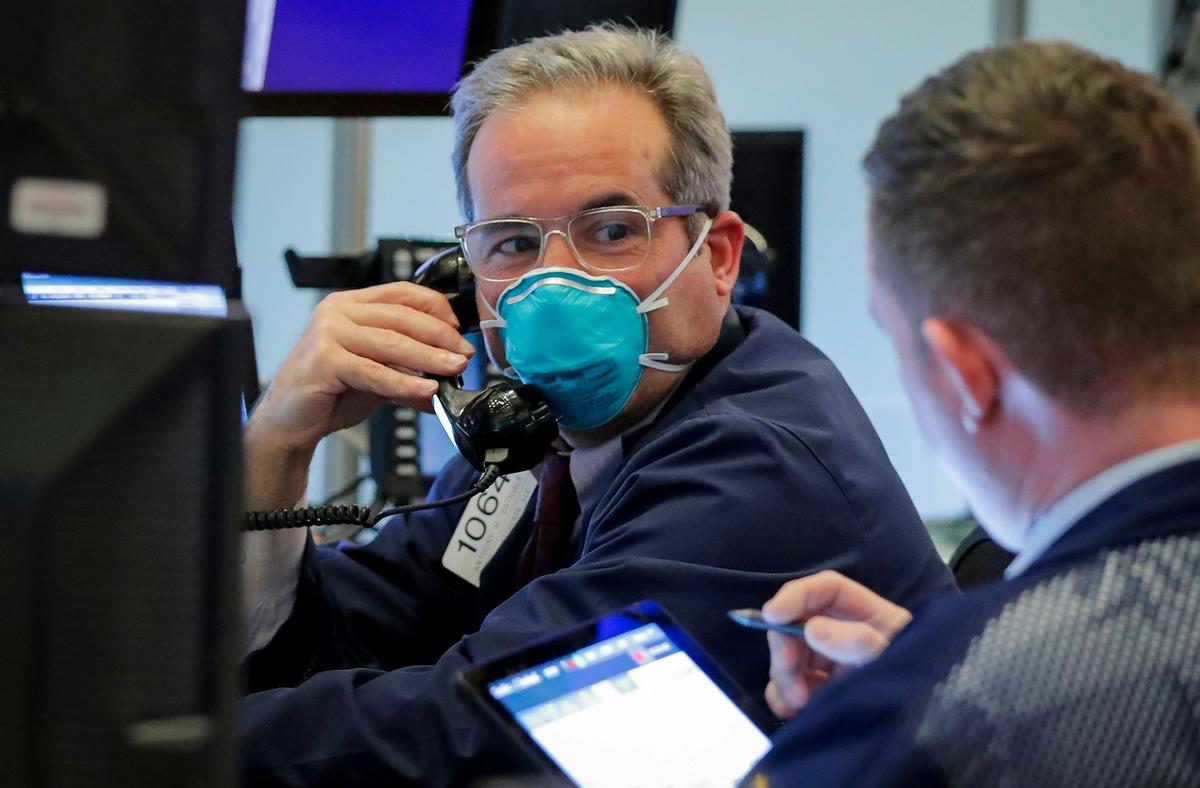 (Reuters) – The key S&P 500 index was down more than 4% on Wednesday after a dire warning on the U.S. death toll from the coronavirus and heightened nerves over the upcoming earnings reporting season sent investors running from even the most defensive equities.

Economic data showing a plunge in new orders for U.S.-made goods did not help, even as those numbers were not as bad as economists had feared. Also, business closures pushed private payrolls down by 27,000 jobs last month, in the first decline since September 2017, the ADP National Employment Report showed separately on Wednesday. {nL1N2BP0LV]

The blue-chip Dow Jones Industrial Average and benchmark S&P 500 indexes were set to extend losses after suffering their worst first quarter as President Donald Trump warned Americans of a “painful” two weeks ahead and health officials highlighted research predictions of an enormous jump in virus-related deaths.

Roughly two weeks before the first-quarter earnings season is due to start in earnest, investors are “very sensitive to the latest headlines” about the virus due to a lack of fundamental information,” said John Augustine, chief investment officer at Huntington National Bank in Columbus, Ohio.

“We don’t know all the economic and earnings impact yet and this is a sober thought for Americans with those projections of the death rate,” said Augustine.

“Investors are starting to think about earnings season and many companies have pulled their guidance for the quarter. Analysts are waiting to see what the companies have to say.”

S&P 500 firms are expected to enter an earnings recession in 2020, falling 4.3% in the first quarter and 10.9% in the second, according to the latest estimates gathered by Refinitiv.

Even the sectors generally seen as the safer bets because of their high dividends saw a stampede to the exits, with real estate .SPLRCR leading S&P decliners with a 7% drop along with utilities .SPLRCU.

Consumer staples .SPLRCS, down 1.3%, and consumer discretionary down 3.6%, fared best of the S&P’s 11 major sectors as many consumers have been busy stockpiling goods since they were advised to stay at home by the local and Federal government officials at least until the end of April.

The energy sector .SPNY shed another 4%, with experts now saying oil prices could touch single digits, exacerbated by a share tussle among top producers as the world runs out of storage space.

Shares of airlines and cruise operators fell further, with United Airlines (UAL.O) down 17% and Carnival Corp (CCL.N) plunging 24%, some of the biggest decliners on the S&P 500.

Declining issues outnumbered advancing ones on the NYSE by a 9.25-to-1 ratio; on Nasdaq, a 7.12-to-1 ratio favored decliners.

First their three-year-old boy disappeared. Then, these parents say, the cyberbullying began