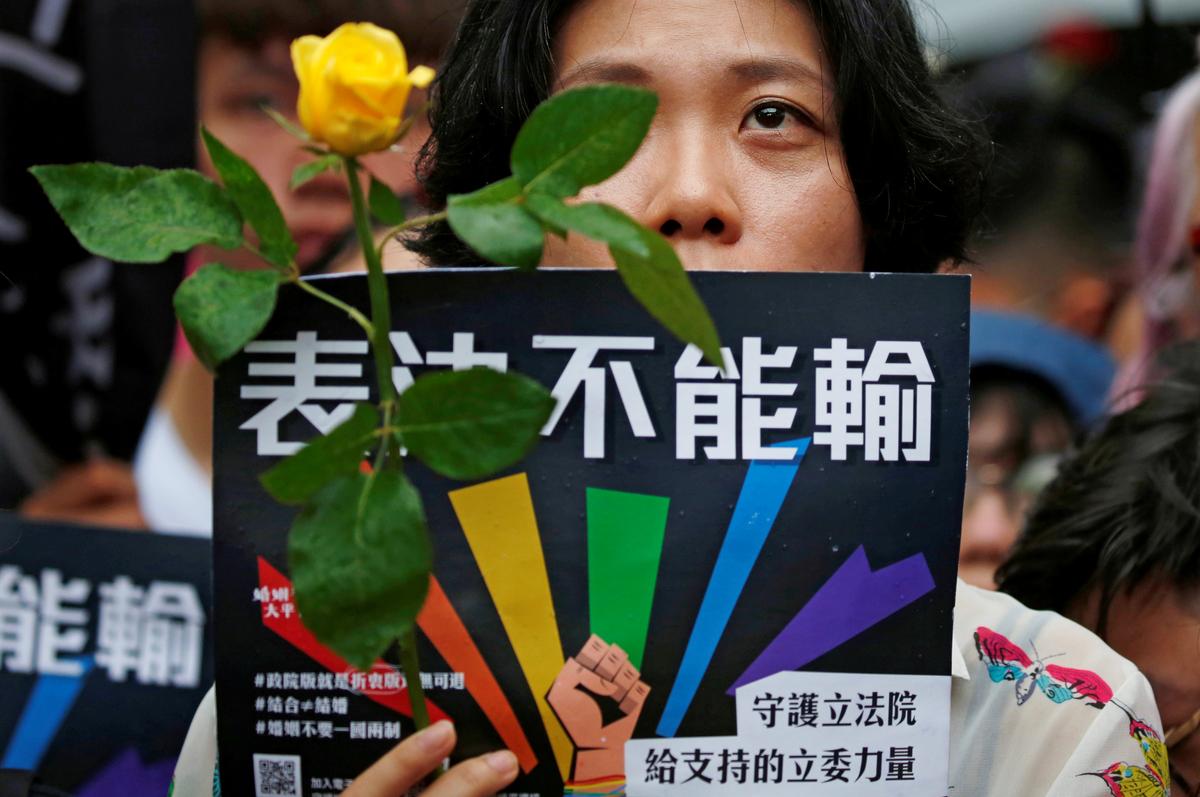 TAIPEI (Reuters) – Taiwan’s parliament on Friday discussed measures to legalize same-sex marriage ahead of a landmark vote that could make the self-ruled island the first in Asia to adopt such legislation, despite deep divisions over marriage equality.

In Taipei, the capital, thousands of supporters of same-sex marriage gathered outside parliament, which was set to vote on a series of bills that could offer same-sex couples similar legal protections for marriage as heterosexuals.

“Today, we have a chance to make history and show the world that progressive values can take root in an East Asian society,” President Tsai Ing-wen wrote on Twitter.

“Today, we can show the world that #LoveWins,” added Tsai, who campaigned on a promise of marriage equality in 2016 polls.

The vote will follow a years-long debate over marriage equality. In 2017, the democratic island’s constitutional court declared same-sex couples had the right to legally marry, and set a deadline of May 24 for legalization.

Australia passed laws allowing same-sex marriage in 2017, sparking rainbow celebrations, but Hong Kong and neighboring China, which regards the island as a wayward province to be brought back into the fold, do not recognize such unions.

Woman gets KNOCKED OUT by cop after punching officer twice (VIDEO)

Alec Baldwin on pandemic life and why he worries for kids

Survey: 65% of Americans Have No Idea How Much They Spent Last Month

Most actively traded companies on the TSX

Karl Rove reacts to Trump's China remarks: Beijing is 'not our enemy, but our adversary and rival'