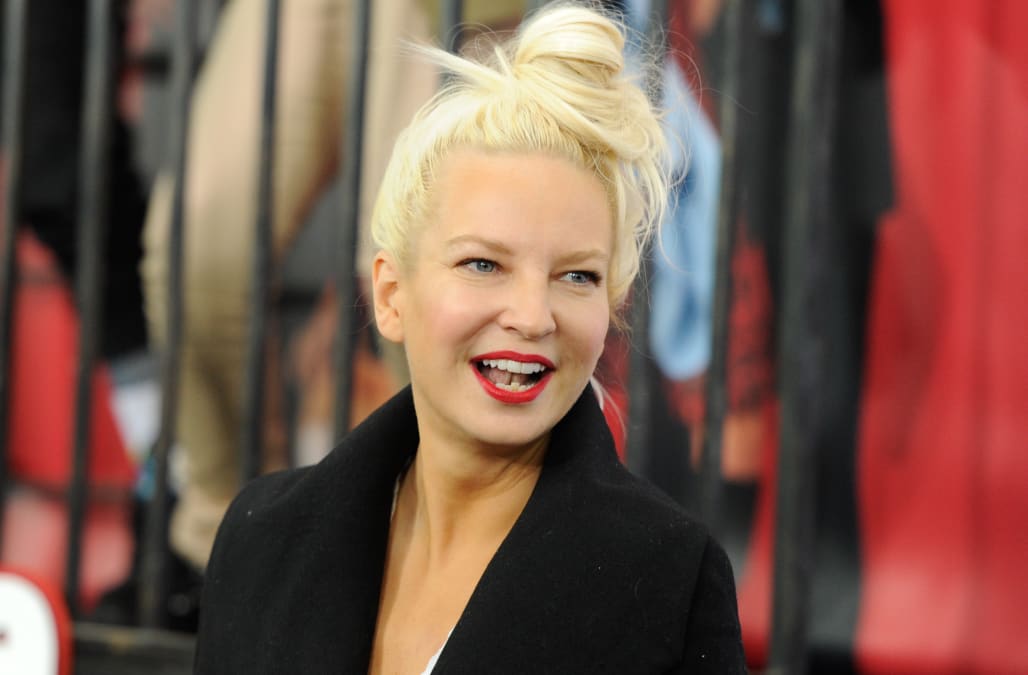 Collaboration between two musical powerhouses is bound to foster a bond that’s powerful and at times, unmatched — especially if that bond creates a palpable sexual energy.

And when it comes to EDM superstar Diplo, whose 5.7 million Instagram followers go to his page for their daily dose of shirtless pics to quench their thirst for the undeniably attractive DJ, even the most seasoned and professional musicians might have trouble keeping things professional.

The ‘Chandelier’ singer recently opened up to GQ about working with Diplo:

“Much of our relationship is just being spent trying not to have sex so that we wouldn’t ruin our business relationship, because he’s super-duper hot.”

“This year I wrote him a text, and I said, ‘Hey, listen, you’re like one of five people that I’m sexually attracted to, and now that I’ve decided to be single for the rest of my life and I just adopted a son, I don’t have time for a relationship … If you’re interested in some no-strings sex, then hit me up.’”

In the spirit of transparency and being forward, we have no choice but to stan Sia’s bluntness — all in the name of professionalism!

The unfiltered remarks also gave a rare glimpse into the singer’s personal life by subtly mentioning the fact that she has adopted a son without providing any further details.

The singer has remained notoriously private throughout nearly her entire career, and is most famously known for hiding behind a blunt, bob wig.

Sia went on to call Diplo “one of the most insecure boys I’ve ever met” which, yikes, but quickly backed it up with commentary on how that insecurity isn’t factually founded:

“He doesn’t think that he’s good enough at anything. He has crazy low self-esteem. It’s so interesting because he’s one of the most talented and attractive people in the world. But he doesn’t know it.”

Vinay Menon: Is Britney Spears sharing creepy videos to send an S.O.S. to fans inside the #FreeBritney movement?

‘Scene from a post-apocalyptic movie’: Russian rescue operations begin at the very epicenter of Beirut explosions

Masks will be mandatory on trains, buses in Metro Vancouver