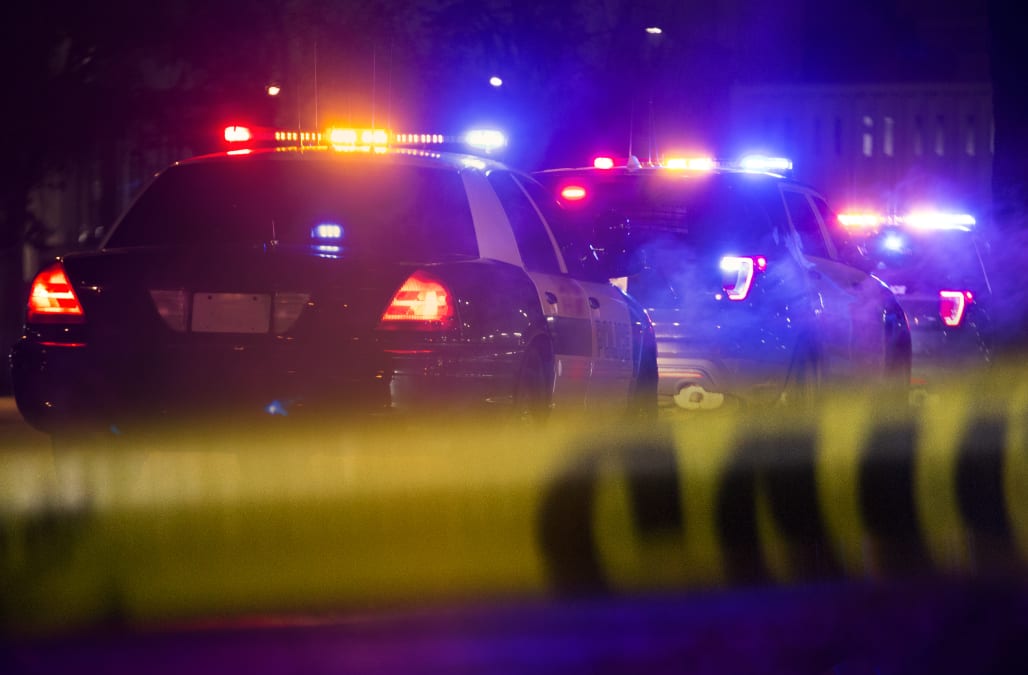 A series of shootings across the country on Sunday claimed the lives of six people, including two police officers in Hawaii.

In Kansas City, Missouri, police said say at least two people were killed and 15 more were injured in a shooting outside a bar.

Officers found “a chaotic scene” at 9ine Ultra Lounge shortly before midnight Sunday and had to call in help from around the city. Two people were found dead, including a woman in the parking lot.

The gunman was shot by an armed security guard, police said. They said he opened fire on a line of people waiting to enter the bar. His motive was not known.

At least 15 people were being treated at area hospitals — three were listed in critical condition.

In a tweet, Kansas City Mayor Quinton Lucas praised the actions of the security guard, who he said “appears to have kept the situation from being even worse.”

A Facebook post showed the club hosted a sold-out celebration party Sunday night as the Kansas City Chiefs clenched a spot in this year’s Super Bowl.

“It’s hard to stand here and talk about this kind of tragedy on really one of the best days Kansas City has had in a long time,” said Jackson County Prosecutor Jean Peters Baker.

UNITED STATES – JANUARY 09: Theodore A. Clement in the back of a police paddy wagon after allegedly shooting a man during a poker game. (Photo by Al Amy/NY Daily News Archive via Getty Images)

UNITED STATES – OCTOBER 19: Nela Bogacki, alias Nella Bogart, madam of the ‘Continental call girl ring,’ handcuffed to Salema Hontover after being seized by the F.B.I. Both are to be deported for illegal entry. (Photo by Al Amy/NY Daily News Archive via Getty Images)

UNITED STATES – OCTOBER 25: The body of Albert Anastasia – who ran Murder, Inc., a gang of hired killers for organized crime, in the late 1930s – lies on the barbershop floor at the Park Sheraton Hotel, Seventh Avenue and West 55th Street, soon after his murder by two gunmen at 10:20 A.M. (Photo by NY Daily News Archive via Getty Images)

UNITED STATES – APRIL 20: A manacled LeRoy Luscomb is charged with first degree murder in the killing of his wife with a deer rifle. His wife is on the bed in the rear of the photo., (Photo by NY Daily News Archive via Getty Images)

(Original Caption) When John Kerr, of 147 W. 84th Street, and Peter Macon, 490 Columbus Avenue, were being booked on a mugging charge at the West 68th St. Precinct today, photographer Phil Grietzer, New York Daily News photographer, drew a bead on the proceedings with his camera. He didn’t know the boys had a camera allergy. But he found out when the two, although handcuffed together, came charging at him. Another photographer who doesn’t suffer from buck fever, got this picture.

UNITED STATES – DECEMBER 16: Driver and bodyguard Thomas Bilotti lies on the street next to car after he and crime boss Paul Castellano were shot to death outside East Side steakhouse. (Photo by Thomas Monaster/NY Daily News Archive via Getty Images)

In Hawaii, officers Tiffany Enriquez and Kaulike Kalama were killed as they responded to a stabbing call in Honolulu Sunday. The city’s Police Chief Susan Ballard said a man shot at the officers as they attended to a woman who had been stabbed in the leg.

Police said the home where the incident unraveled then caught fire and became fully engulfed in flames. The fire also spread to six other homes in the area.

The suspect, who police identified as Jerry Hanel, in his 60s, along with two other women who are believed to have been inside the house at the time of the shooting are unaccounted for after the fire. Officers are scouring the area for remains.

Ballard said Hanel did not have any gun permits. Neighbors have described him as mentally disturbed, the Associated Press reported.

Honolulu Mayor Kirk Caldwell tweeted his condolences to the families of the two officers calling it an “unprecedented tragedy for not only the city and county of Honolulu but the entire state of Hawaii.”

The argument broke out during a concert, resulting in the suspect pulling out a gun and shooting at people inside.

One victim died at the scene, and another six were transported to a hospital, where one was pronounced dead shortly after arrival. All were patrons.

Police said it was not clear if the shooter fired shots at anyone specifically or indiscriminately. The gunman was still on the loose, they said.

Almost two months into the school year, here’s what we know — and don’t — about school safety in the pandemic

How to Endorse a Check to Someone Else in 4 Steps

In the frenetic final days, there’s still one major issue in this campaign