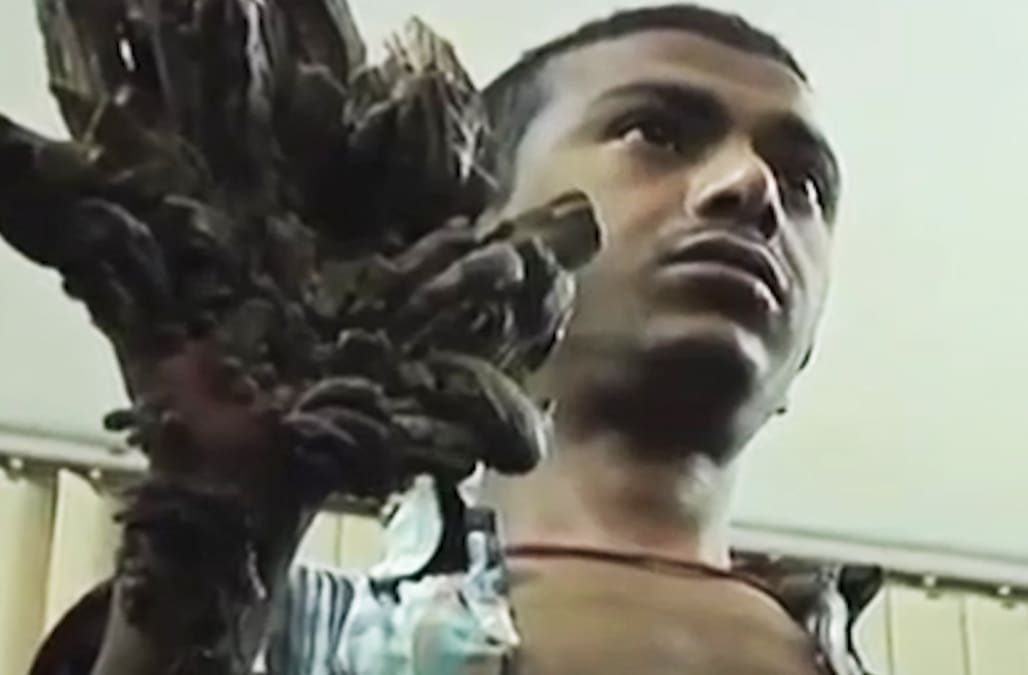 For years, a man from Bangladesh lived with “tree man” syndrome.

Abul Bajandar’s hands and feet grew foot-long “roots” that left him unable to feed himself, move around, work or wear normal clothing.

Three years ago, the 28-year-old father went viral while undergoing a series of invasive surgeries to remove the “bark” from his hands and feet.

Bajandar had been living with what was identified as epidermodysplasia verruciformis (EV), a rare skin disorder, for more than 20 years.

The condition’s symptoms are extreme wart-like growths all over the body that are caused by a defect in the immune system. It increases one’s susceptibility to HPV, or human papillomavirus, which often leads to infection, skin lesions and an increased risk of developing melanoma.

According to the World Health Organization, HPV is common worldwide, with over 100 different types in existence. Epidermodysplasia verruciformis is different in that it leaves victims unable to fight off certain types of HPV.

“Tree man” syndrome is so rare that only 200 cases have been reported globally.

Doctors told CNN that after Bajandar’s 25 unsuccessful operations, he has refused to return for further treatment.

“It’s a complicated case and we were making progress, but he left to go home. I requested him many times to come back, but he didn’t,” Dr. Samanta Lal Sen, co-ordinator at the Burn and Plastic Surgery Unit of Dhaka Medical College and Hospital, told CNN.

There is no known cure for EV, but cryotherapy, topical creams and retinoids can be prescribed to help remove growths.

“I want to live like a normal person,” Bajandar told CNN. “I just want to be able to hold my daughter properly and hug her.”

RELATED: This boy’s rare condition that causes hair to grow all over his face:

‘I lost all my friends’: Trump says being president has ruined his social life

Mortgage deferral coming to an end? You have other options — but beware of penalties