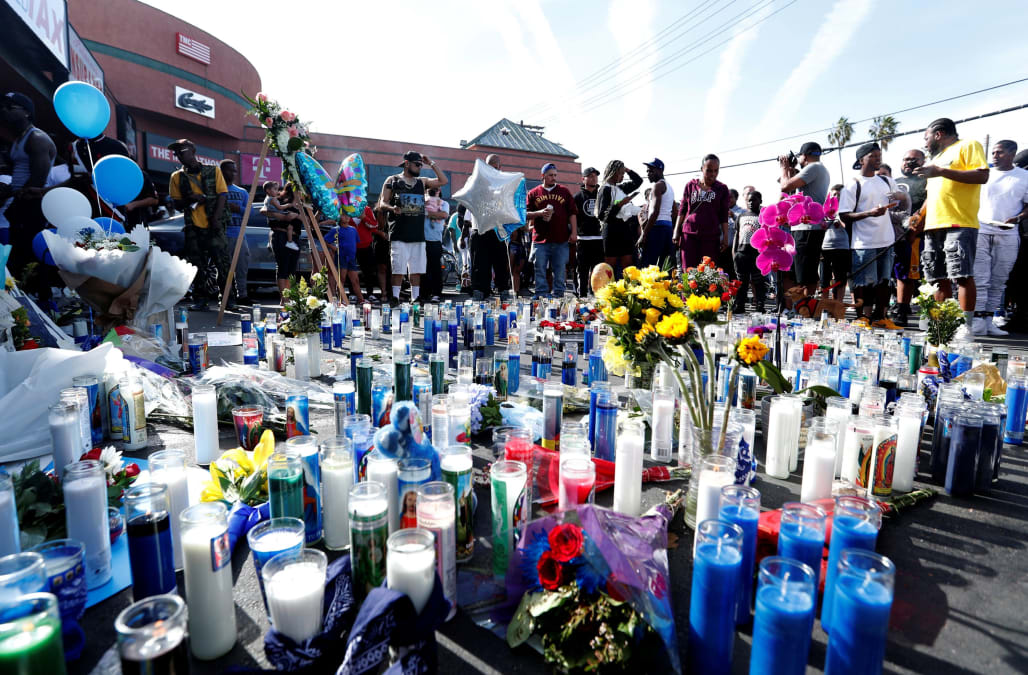 April 2 (Reuters) – At least two people were critically injured and 10 others hurt after hundreds of fans stampeded during a vigil for slain, grammy-nominated rapper Nipsey Hussle in Los Angeles late Monday, officials and media reports said.

There were initial reports of shots fired in a crowd gathered outside Hussle’s clothing store in south Los Angeles, where the musician was shot and killed on Sunday, police and media reports said.

But Los Angeles Police Chief Michel Moore said on Twitter: “Reports of shots fired at the vigil do not appear accurate.”

The Los Angeles Times said several people were stabbed after a fight that broke out at the vigil and two people were in a critical condition. Reuters could not immediately confirm the report.

A local ABC news station reported on Twitter: “A HUGE stampede of people rushed out of the @NipseyHussle memorial area. People thought they heard something break or a loud noise and started running.”

A spokesperson for the police was not immediately available early Tuesday to elaborate on what happened.

Hussle, 33, whose real name is Ermias Asghedom, was shot multiple times Sunday afternoon and rushed to a hospital, where he was pronounced dead.

His death sent shockwaves through the U.S. entertainment world, with celebrities posting memories of the musician on social media.

Two other people were wounded in the shooting Sunday outside Hussle’s store, Marathon Clothing, police said.

No motive for the slaying has been disclosed by police.

Hussle grew up in south Los Angeles and often talked about being in a street gang during his teenage years. He had since become a community organizer, according to media reports.

(Reporting by Rich McKay in Atlanta; Editing by Michael Perry)

More from Aol.com:
Georgia boy dies after heart attack on baseball field
Tourist falls to his death in Grand Canyon
Woman mauled by bulldog inside own home