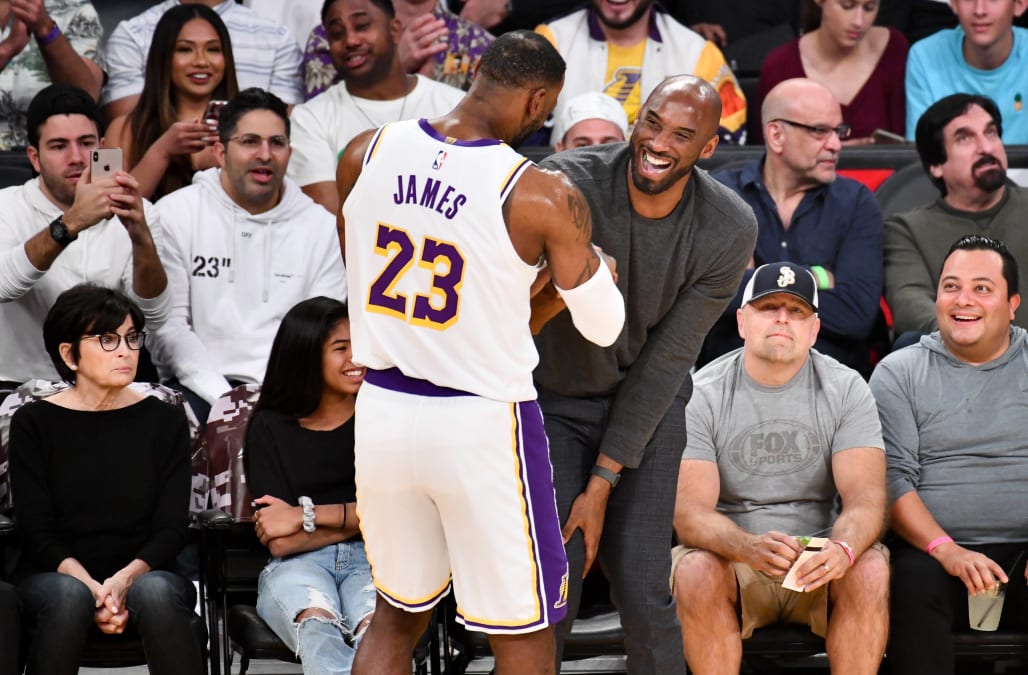 A day after Kobe Bryant’s death, LeBron James made his first public statement with an Instagram note penned to his fallen friend and rival.

James posted the message Monday evening, two days after he passed Bryant on the NBA’s all-time scoring list in a game against the Philadelphia 76ers.

James wrote that he spoke with Bryant on Sunday morning after he achieved the milestone.

‘I love you big bro’

“I’m heartbroken and devastated my brother,” James wrote. Man I love you big bro. My heart goes to Vanessa and the kids. I promise you I’ll continue your legacy man! You mean so much to us all here especially #LakerNation.”

James and Bryant spoke late after James achieved the milestone, a conversation that his Lakers teammates listened in on, according to The Athletic.

That conversation is presumably the one James refers to in his message.

The Lakers flew back to Los Angeles from Philadelphia Sunday afternoon. By the time their plane landed, the news of the fatal helicopter crash that also claimed the lives of Bryant’s 13-year-old daughter Gianna and seven others had broken.

James and his Lakers teammates were seen reacting to the news on the tarmac.

More from Yahoo Sports:
The tragedy of losing Kobe because he was trying to be the best dad
NBA postpones Tuesday’s Lakers-Clippers game after Kobe Bryant’s death
Carmelo Anthony reflects on Kobe Bryant: ‘Our friendship and relationship was deeper than basketball’

Almost two months into the school year, here’s what we know — and don’t — about school safety in the pandemic

How to Endorse a Check to Someone Else in 4 Steps

In the frenetic final days, there’s still one major issue in this campaign