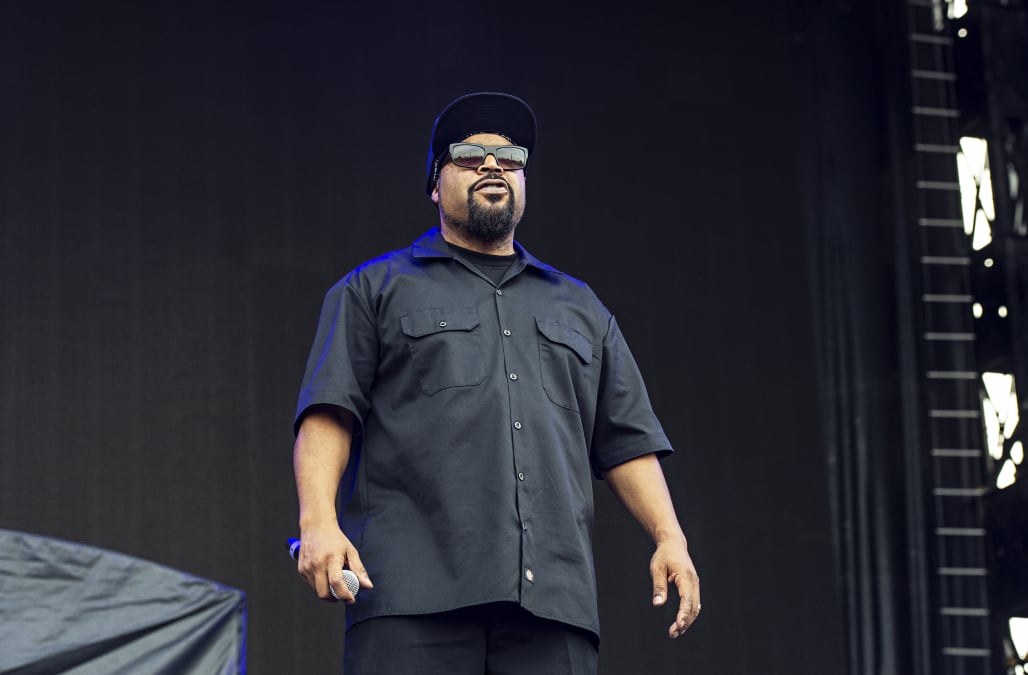 Ice Cube and Van Jones joined Red Table Talk on Tuesday to discuss the 2020 election and the role of Black Americans as the two talked about the need for the rapper’s Contract with Black America. But in addition to Ice Cube’s calls for better schooling, health care, police reform to benefit Black communities throughout the country, he urged Hollywood to do a better job of representing Black people in a better light in an effort to mobilize them politically.

“Hollywood has been complacent in our treatment in this country,” Ice Cube said, in conversation with Jones, Jada Pinkett Smith, Willow Smith, Adrienne Banfield-Jones and musician Tyler Cole. “I think kids learn how to treat us when they’re watching shows. You learn, ‘OK when I become a cop, this is how I do ‘em.’ And they should look to do things to help us reverse that.”

The conversation about the industry’s role in the portrayal of Black men and women throughout the country was sparked when Willow called on Black people to “hold ourselves accountable” and asked, “What are we saying about ourselves?” The Smiths’s family friend, Cole, stepped in to point out a dilemma that many people face as a result of how Black people are portrayed through music and entertainment.

“In the music industry, you’re taught that, ‘Oh if you’re Black and you rap about violence and money that’s going to make you more money.’ Labels are going to want to sign you if you’re talking about violence,” Cole said. “But how do we break the cycle?”

“We have to put pressure on these companies that we love. We watch their movies, we support them. It’s time for them to pay back and help us create better images. If you produce something great, then top-shelf people will come. Same amount of Black people went to go see Black Panther as went to go see Straight Outta Compton,” Ice Cube added. “We need a place where we can get those made so we can give our people at least choice.”

As for moving forward as a nation outside of just one industry, Ice Cube also put forward an ask for a formal apology to Black Americans. “To me, it would come from the highest office of the land. The president, we’ll take it from the Senate, we’ll take it from the House [of Representatives], Supreme Court. Whoever [feels] like they want to really start making amends for what was done to our ancestors in this country,” he said. “That’s what we want. And we do need the economic and social justice. We’re not asking for that, we’re demanding that. Whether they apologize or not, that’s on them. But they gotta do right by the people.”

Jones, a political commentator, agreed with Ice Cube’s sentiment, saying that he’d take a check over an apology. “However, it is very hard to make progress and so unthinkable that you would do something like that and then not acknowledge it,” he said in reference to slavery and a history of mistreatment toward Black people in America. “There’s a global precedent for it, there’s a historic precedent for it. The Germans, they acknowledged what they did when it came to the Holocaust and everybody thinks that’s appropriate because what was done was so horrific. Germany could’ve not come back into the community of nations if they did not do that.”

While the group acknowledged the difficulty of apologizing for mistakes made long ago, Ice Cube addressed the systemic nature of racism. “OK, you’re not your ancestors, but if you’re keeping their systems in place, that’s keeping us in the same position that we were in the ’60s or before, you’re gonna have to acknowledge that you are perpetuating a system and its the same system that held us back,” he said.

Jones added, “All we’re saying is just face it. Just face up to it. We can’t unbury all these people, we can’t un-lynch all these people, we can’t un-assault all of these women. But we have to be able to face it. And when we face it, everybody’s shoulders can come down a quarter-inch, everybody can breathe a little bit more deeply than with some people living in denial and others of us living in rage.”

62 Cheap Products On Amazon That Are Straight Fire

Including everyone helps all of us

‘We need to be flexible,’ warns top Ontario science table doctor as hot spot vaccine ramp-up comes to an end

Why You Shouldn't Follow in This Dogecoin Millionaire's Footsteps

The conversation about race belongs in the boardroom