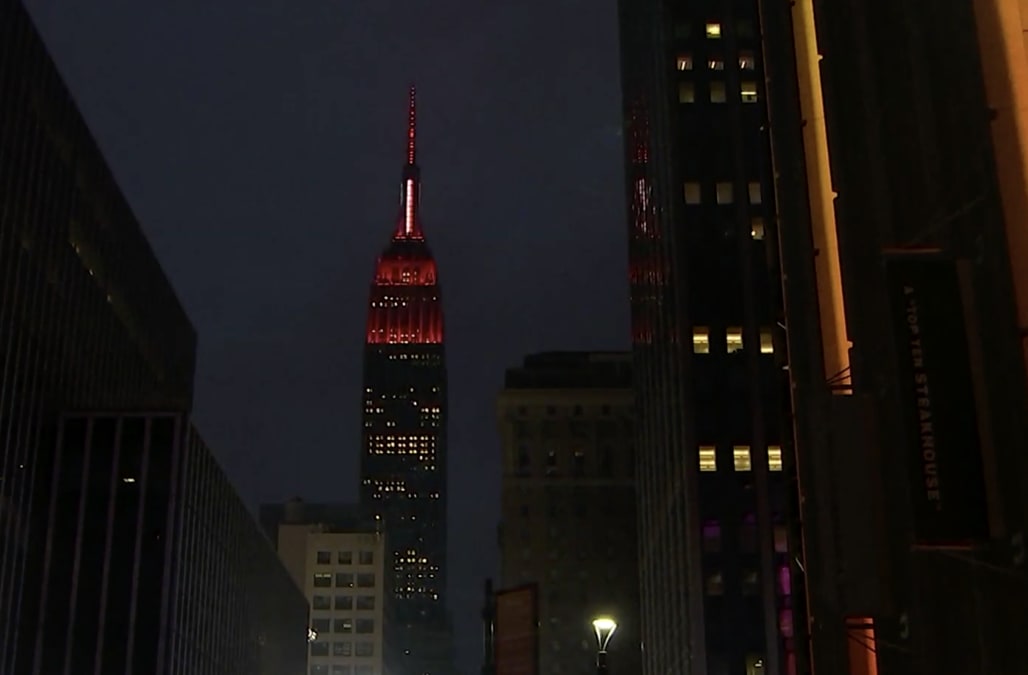 The Empire State Building lit up in tribute to the first responders on the front lines of New York’s battle with the COVID-19 coronavirus pandemic.

But while the intentions were good, the execution struck some as a little bit off.

New York has become the epicenter of the pandemic in the United States with nearly 40,000 sick and more than 1,200 dead.

In honor of emergency workers, the Empire State Building broke out what it called a “heartbeat of America” display. The upper floors are pulsing red, like a heartbeat, while the mast is flashing like the lights atop an emergency vehicle:

Users on social media seemed to like the heartbeat.

The emergency light effect? Not so much: