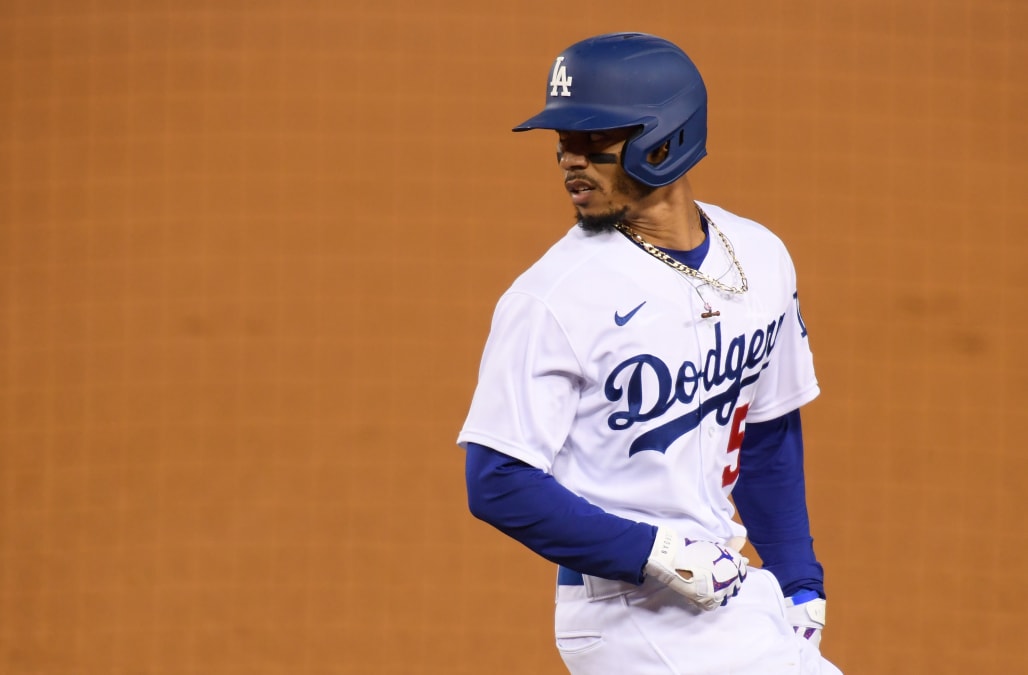 Betts, who signed a 12-year, $ 365 million extension on Wednesday, becomes the biggest MLB star to take a knee. Teammates Max Muncy and Cody Bellinger were seen putting their hands on his shoulders as a show of support. Betts also got support on Twitter from Alex Cora, his former manager with the Boston Red Sox.

The Giants have been at the forefront of MLB’s demonstrations in support of racial and social justice. Mike Yastrzemski, Austin Slater, Jaylin Davis and Antoan Richardson, along with manager Gabe Kapler, took a knee before Monday’s exhibition game against the Oakland Athletics. That group grew to nearly a dozen players, coaches and staff members on Thursday.

Kapler, who became the first manager to kneel, commented on what the moment meant to him during an in-game interview with ESPN.

“Yeah, it was a really important unifying… on both sides. I think we felt a sense of calm in the ballpark at that moment and it was really good to be around players who were so committed to changing the current state of systemic racism in our country. It was really empowering to see the actions and steps that we’re taking today by Major League Baseball, by the players alliance, the players association. Everybody involved did a great job.”

Other demonstrations are also planned for MLB’s opening weekend. Those began prior to the New York Yankees-Washington Nationals season opener. Players for both teams all knelt along the foul lines while holding a 200-yard black ribbon. The act of unity took place during a moment of silence that followed a video narrated by actor Morgan Freeman.

Every player then stood as the national anthem was played.

‘What do you represent? You ain’t from here!’ Agitated black driver schools protesters as unrest renews in Portland (VIDEO)