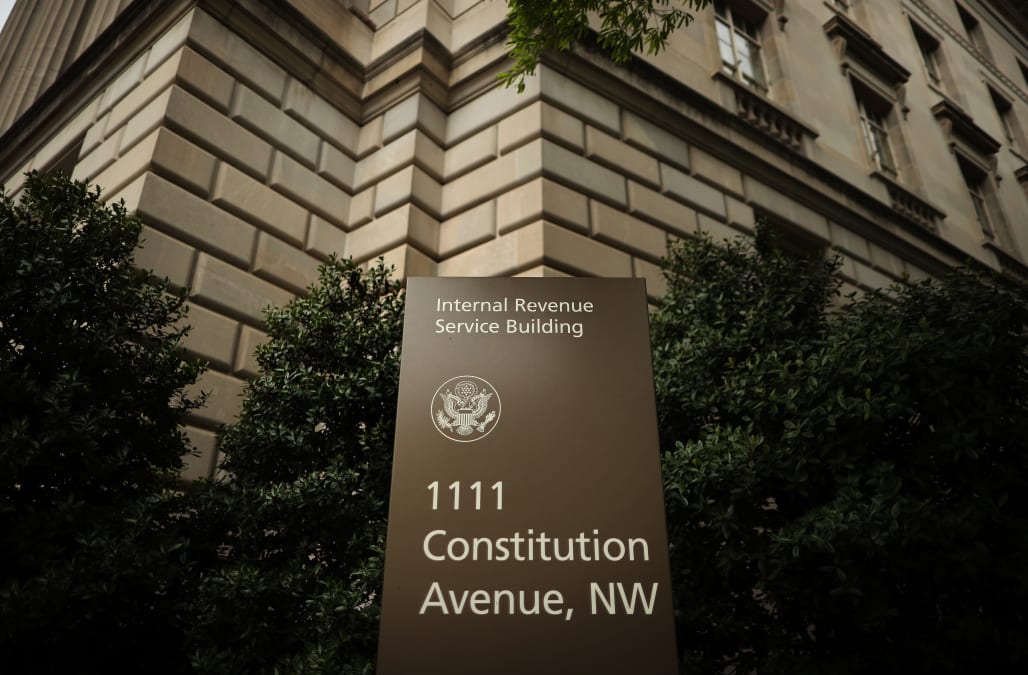 President Donald Trump, Treasury Secretary Steven Mnuchin — and now the IRS — are urging people who received coronavirus relief payments for a deceased taxpayer to return the money to the government.

But legal experts say there is no law requiring people do that.

Some of the more than 130 million economic impact payments that went out to taxpayers as part of the $ 2.2 trillion economic relief package were sent to dead people. That happened mainly because of a lag in reporting data on who is deceased. It’s happened with past federal stimulus payments, and tax experts say is almost inevitable.

However, this is the first time the IRS has asked for the money back from the deceased taxpayers’ survivors. Some law experts say the government may not have the legal authority to require it be returned. They also suggest the move may be just the IRS responding to pressure from the White House and the Treasury Department.

Trump and Mnuchin have both said publicly in recent weeks that money sent to deceased taxpayers should be returned. But the IRS didn’t issue any formal guidance until this week. On Wednesday, it updated its website, stating that if a person died before the payment was issued, the money should be returned. It also provided instructions on how to do so.

The IRS and Treasury did not say what would happen if these payments were not returned or otherwise repaid.

Former Taxpayer Advocate Nina Olson said that there is nothing in the law prohibiting payments from going to the deceased. Nor is there anything in the law requiring people to return the payments. And she noted that the language used on the IRS website does not say that returning the payments is required by law.

“We are starting from these two soundbites and working backward,” Olson, who now runs the nonprofit Center for Taxpayer Rights, said.

The Treasury did not respond to multiple requests for comment.

The relief payments were made to taxpayers based on the information filed on their 2019 or 2018 taxes. But it is considered a rebate on 2020 taxes. The government used the prior tax forms to help speed along payments to the public to offset some of the economic devastation from the coronavirus pandemic.

The problem is, some people who filed those taxes may no longer be alive. Those payments are sent to an heir or executor of their estate. If the payment is based off a final tax return completed after their death, an economic impact payment check may even denote that the person is deceased next to their name.

It’s confusing at best. But it is also would be a legal and logistical mess for the government to try to take back all the money that are unlikely to be pursued, Olson and others said.

“They don’t have a legal leg to stand on,” she said.

The coronavirus rescue package, which included the relief payments, was passed at the end of March. The government started issuing the payments in April. There is no official count of how many payments went to dead people.

Bryan Camp, a law professor at Texas Tech University, is more cautious. He said that the legality of the payment may depend more on when the person died. If someone died in 2020, they should be due the money but before that, likely not.

The IRS guidelines, however, are more fuzzy — only that the death must be prior to the payments, some of which are still pending.

Olson and others, including Keith Fogg, a clinical professor of law at Harvard, don’t expect the government will go to extreme measures to claw back the money. The government would be hard pressed to prove survivors weren’t entitled to the payments in the first place as the law is written.

“Someone dies in March of COVID-19, really you are going to say (to their survivors) that you have to return that payment?” Olson said. “No. I’ll take that lawsuit.”

So what should someone do if they received a check for someone is deceased?

Camp says if it is not due to you, to give it back. Olson said to hold on to it, the IRS has pivoted on some of the rules before and may again.

“If you feel bad, send it back. If you don’t feel bad about it I wouldn’t say you have to send it back,” Fogg said. “You are not breaking the law as I see it.”

Richard Neal, D-Mass., chairman of the House Ways and Means Committee, agreed that that there is nothing in the law requiring the money to be returned.

While families that don’t need the cash should give it back, “some families receiving these payments could use the assistance to cover costs associated with losing a loved one due to the virus,” Neal said in a statement. “People with that kind of need should be able to put the money to use as they grapple with the ongoing crisis.”

From battlefields to suburban driveways, this is the history of Jeep

Hold steady and step away from the screen: 2021 warrants new financial habits