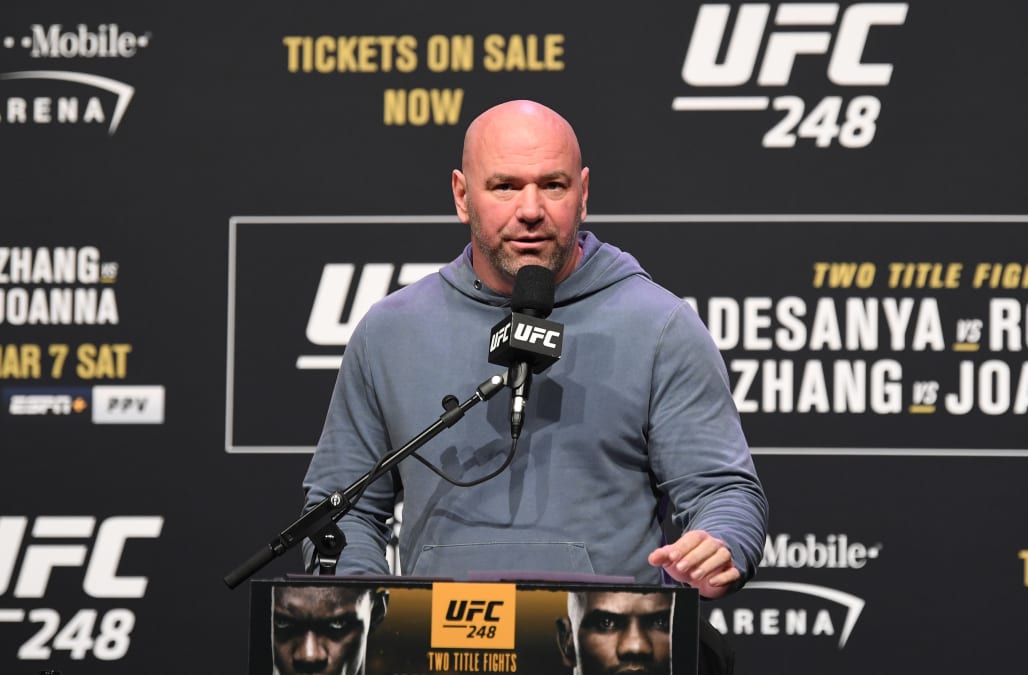 The UFC president had insisted that the MMA pay-per-view showcase scheduled for April 18 would go on in spite of concerns around the COVID-19 pandemic.

White told Okamoto that he got a call from the “highest level” at ESPN and its parent company Disney and that “the powers that be there asked me to stand down and not do this event next Saturday.”

The event was originally scheduled for Brooklyn’s Barclays Center before the coronavirus took hold in the United States and led to the suspension of all major sporting events and other large gatherings.

White promised that the event would go on at an undisclosed location, teasing multiple times that he had secured a private island to host UFC cards before a report earlier this week that he had arranged to hold it at a casino resort on Central California tribal land that would allow the organization to skirt federal and state regulations restricting gatherings and canceling MMA events in the state.

White confirmed that report in his interview with Okamoto.

“Tachi Palace in California — the Indian reservation — has had our back this whole time, has stood their ground and was willing to do this fight,” White said of the resort south of Fresno. “Let me tell you this. When the world gets back to normal, the California event will be at Tachi Palace.

“I’m doing a fight there. I’m gonna bring them a big fight. I appreciate them standing with me in this thing.”

State of the AL East: Yankees or Rays? How good are the Red Sox and Blue Jays?