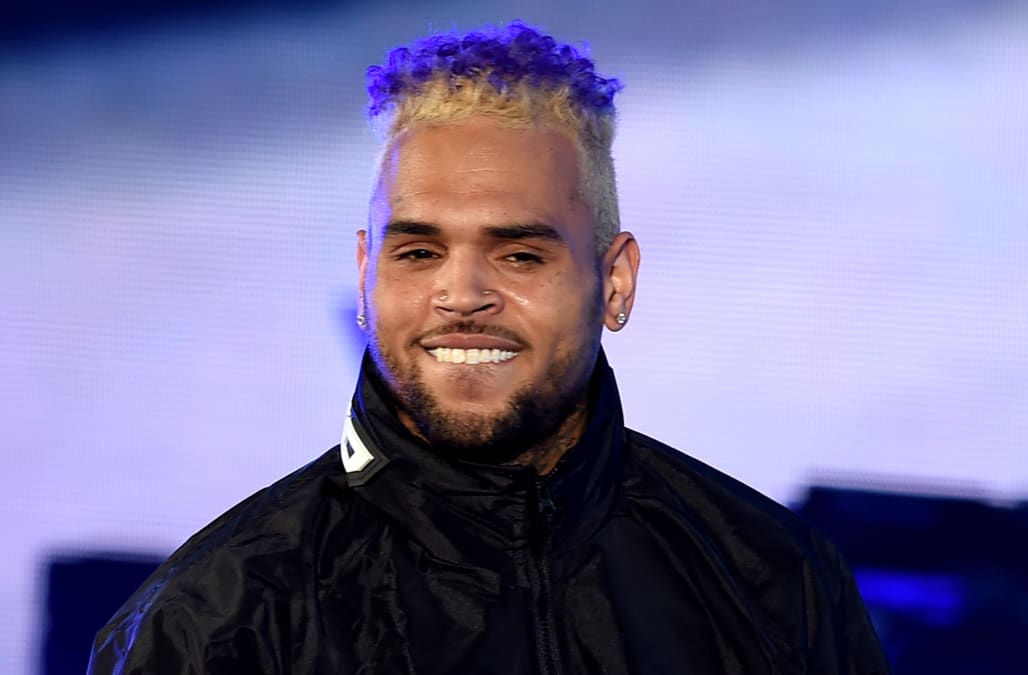 Chris Brown is a free man.

The 29-year-old singer was released from police custody in Paris with no charges filed after being detained on a rape accusation on Tuesday, according to multiple reports. Brown, along with two others, was in custody in France after a woman filed a rape complaint.

ET has reached out to Brown’s reps for comment.

While no charges were filed against Brown, the prosecutor’s office told CNN that the investigation is ongoing. Before news of his release broke, the “Look at Me Now” singer took to Instagram to address the situation.

“💡 I WANNA MAKE IT PERFECTLY CLEAR…… THIS IS FALSE AND A WHOLE LOT OF CAP! NNNNNNNNEEEEEEEEEEVVVVVVVVVVEEEEEERRRRRR!!!!!! FOR MY DAUGHTER AND MY FAMILY THIS IS SO DISPRESPECTFUL AND IS AGAINST MY CHARACTER AND MORALS!!!!!” he wrote.

The accusation came from a 24-year-old woman who claimed that Brown assaulted her in Paris on Jan. 15. Brown has been spotted over the last week in Paris attending events around Paris Fashion Week.

This isn’t the first time Brown has been in trouble with the law. He had a felony conviction for the 2009 assault on his then-girlfriend, Rihanna, ahead of the GRAMMYs. He completed his probation for that case in 2015.

Brown was also arrested in July of 2018 after a concert in Florida on an outstanding warrant for felony battery.  The Palm Beach County Sheriff’s Office confirmed that he was booked on the charge and then released on $ 2,000 bond.

Rose McGowan turned herself in on a warrant for felony possession of a controlled substance in Virginia.

R. Kelly was arrested on charges of child pornography after police found pictures of Kelly engaging in a sex act with an underage girl.

The late superstar was arrested on multiple counts of child molestation in Santa Barbara, Calif., after the release of the documentary “Living with Michael Jackson,” which portrayed Jackson in a controversial scene with a young boy. After a very public 5-month trial, Jackson was acquitted on all counts in June 2005.

The infamous pop star was arrested in January in Miami and was charged with drunken driving, resisting arrest and driving without a valid license after Miami Beach Police caught him street racing. He was released on a $ 2,500 bond.

The troubled actress, who had just completed a stint in rehab, was arrested in Santa Monica, Calif., and was charged with drunken driving and cocaine possession. She was released on $ 25,000 dollars bail.

Bynes was arrested for driving under the influence of alcohol in West Hollywood, Calif., after side-sweeping a police car. She spent several hours in jail before being released on $ 5,000 bail.

Simpson was arrested in Los Angeles, Calif., and was charged with the murders of his ex-wife Nicole Brown Simpson and her friend Ronald Goldman. He was acquitted in 1995 after a highly-publicized trial.

The actor was arrested in Culver City, Calif., for being under the influence of a controlled substance. Although he only spent a few hours in jail, the arrest cost him several important acting roles.

The television host was arrested for grand larceny in Miami after failing to pay money he owed to a business partner. The charge was dismissed by a judge, but King pleaded no contest to a charge of passing bad checks.

King was charged with two misdemeanor counts of driving under the influence of alcohol or drugs in Riverside, Calif. He was released on $ 2,500 bail.

The heiress was pulled over by Los Angeles police for speeding and was caught driving with a suspended license. It was also made known that she had failed to enroll in a mandatory alcohol education program. Hilton was found to have violated her probation from a previous sentence and was ordered to spend 45 days in jail.

The musician was arrested in South Carolina on a domestic violence charge. He pleaded no contest, but didn’t serve any jail time.

The actress was arrested for violating her probation after failing to complete her required community service hours and alcohol education course from a hit-and-run case. She was sentenced to 180 days in jail, but was released after 18 days due to overcrowding.

Sutherland surrendered to police to serve a 48-day jail sentence after pleading guilty to a second drunk driving offense.

Gibson was arrested for drunk driving after he was caught speeding and had a blood alcohol reading of 0.12 percent according to authorities. He pleaded no contest and was sentenced to three years probation.

Charlie Sheen’s troubled ex-wife was arrested and charged with assault and possession of cocaine with intent to distribute in Aspen, Colo. She was released on $ 11,000 bail.

Limbaugh turned himself in to authorities on a warrant for fraud to conceal information to obtain prescriptions. His record was eventually expunged.

The singer was arrested in Las Vegas and charged with possession of a controlled substance after officers found him with 2.6 grams of cocaine. He pleaded guilty to cocaine possession and was sentenced to one year probation.

The Bon Jovi guitarist was arrested in Laguna Beach, Calif., on suspicion of driving under the influence. He pleaded no contest and received three years probation.

Locklear was arrested on suspicion of driving under the influence of a controlled substance in Santa Barbara, Calif. She was released on $ 5,000 bail.

The actress was arrested on a drunk driving charge in Los Angeles. She was released on $ 10,000 bail.

The boxer was arrested for a misdemeanor battery warrant at a Las Vegas casino. He was released after posting $ 3,000 bail.

The rapper, whose real name is Robert Van Winkle, was arrested in Palm Beach, Fla., for allegedly assaulting his wife. He was released the following day.

The actor was arrested in Los Angeles for misdemeanor lewd conduct after being caught with prostitute Divine Brown. He pleaded no contest and was fined and placed on two years’ probation.

The rapper, whose real name is Curtis Jackson, served time in  a shock incarceration boot camp after pleading guilty to felony heroin and cocaine charges.

Sinatra was arrested for adultery and seduction in New Jersey. The charge was eventually dismissed.

Gabor was arrested in Beverly Hills, Calif., and was accused of slapping police officer Paul Kramer in the face when he stopped her for a traffic violation. She was later convicted of the charge and sentenced to three days in jail.

The famous con artist served three-and-a-half years in federal prison after being convicted of mail fraud.

Maddison celebrates alone as Leicester jumps to 2nd in EPL

5 Ways to Stick to Your Financial Goals in 2021

PG: 'Back with vengeance' after playoff woes