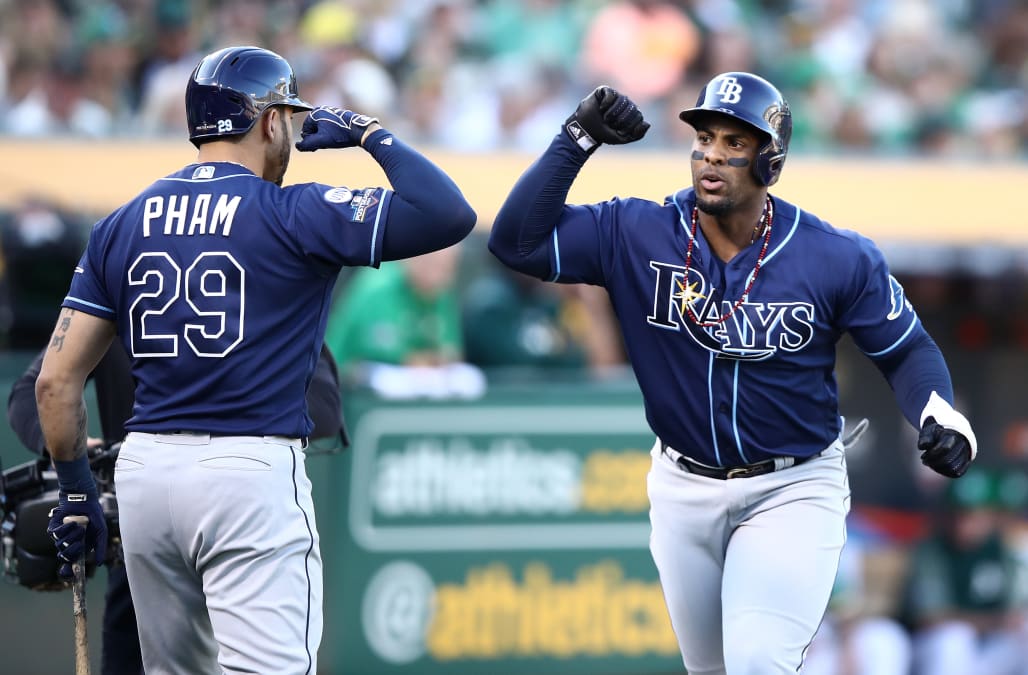 As it turns out, a big payroll isn’t needed to win in the postseason.

The Tampa Bay Rays clubbed four homers to power by the Oakland A’s in the AL wild-card game Wednesday night at the Coliseum in Oakland. The Rays got instant offense via the long ball, a sturdy performance from starter Charlie Morton and four scoreless innings from the bullpen to pull out a 5-1 victory. The MLB best Houston Astros are on-deck in the American League Division Series.

Yandy Diaz led off the game against Sean Manaea with a homer, then repeated the performance in the third inning against the A’s left-hander. Avisail Garcia cracked the hardest homer (115.2 MPH exit velocity) ever by a Tampa Bay hitter for a two-run shot and Tommy Pham added a solo shot in the fifth.

Diaz provided the heroics at the plate but couldn’t dig out a low throw from Michael Brosseau, then a third baseman, on a Marcus Semien grounder which led to the A’s only run. Manager Kevin Cash didn’t exactly put out a defense-first lineup, but Morton, Diego Castillo, Nick Anderson and Emilio Pagan held Oakland without an extra-base hit.

Anderson yielded a single and recorded all four outs via the strikeout. Castillo allowed two hits and struck out three over two frames and Pagan recorded the game’s final two outs. Oakland also got an excellent performance out of their bullpen once Manaea was lifted after two innings, but it was all for naught.

A team that cost just more than $ 63 million to field certainly got their money’s worth Wednesday.

WHO MADE THE DIFFERENCE

A wild card game record 54,005 fans packed the Coliseum in Oakland only to be disappointed on the game’s fifth pitch. Diaz set the tone quickly with a rope over the fence in right field.

WHAT THEY’LL BE TALKING ABOUT

Can the Rays compete with Justin Verlander, Gerrit Cole and Zack Greinke in a five-game series? It helps that Tampa Bay didn’t have to use Blake Snell or Tyler Glasnow in the wild card game. The Rays also did not prioritize defense against Oakland, but with three righties upcoming, will they be better off without Diaz, Wednesday night’s hero, in the field against Houston?

The Rays move on to the ALDS, where the MLB best Houston Astros await. Game 1 is scheduled for Friday afternoon at Minute Maid Park.